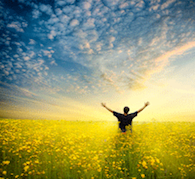 With Exalted Pain Release Annointing Flush we utilize etheric anointing energies along with pain release flush energies.  This etheric anointing energy and flush will deeply penetrate and send timed release healing into your cells.  The energies can last from four to eight hours.  The energies of this system are to be used in conjunction with, and not as a replace to any medical care you are already receiving.

Often pain cannot be calculated by traditional attesting, yet is authentic and may be physical, emotional or both.  Psychological disorders can also bring pain.

The manual teaches you how to prepare a Pain Release Oil Infusion, which utilizes a carrier or base oil that has been energetically infused with Pain Release Annointing energies.

Exalted Pain Release Annointing Flush may be used for yourself or on others, either by the hands-on method or with your hands a few inches away from the body.

Please be a Reiki Master in order to attune others into this system.