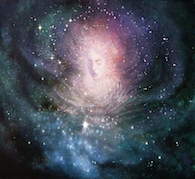 The Celestial Starseed Activation is an energy system created to help those who feel that they are Starseeds to cope with the changes occurring on planet Earth and to help them to deal with the dense energy vibrations of this planet. The Starseed connection will also help you to create a protective shield around you, which will help to prevent all external energies, which are not part of your life’s purpose and progression from being present in your life.

A Starseed is a person who is literally Star born. They are beings o flight who although look human will have specific DNA frequencies which are not of this world and could be classed as being Alien in origin. Starseeds have been coming to the Earth since the beginning of Earth’s history. We are not alone and we have much to learn abut whom we are and what our place is within the Universe.

The Starseed souls started to incarnate to Earth during the times of Atlantis and Lemuria. Atlantis was their first port of call; a place where the souls could learn from the knowledge contained in within the Crystal Skulls. Lemuria was ancient civilization that existed prior to and during the time of Atlantis. At its peak of civilization, the Lemurian People were both highly evolved, of a very high vibrational energy an extremely spiritual. Many people “know” that they have a strong connection to Lemuria. It is not uncommon for those who feel connected with Lemuria to have also had a past life in Atlantis and vice versa.

Starseeds will get excited about the thought of originating from another world or within another universe. A sense of longing and home fills their heart whenever they think about the possibility of having incarnated or originated from another planet. They may feel alone, separate or that they are a foreigner on this planet. They are free spirits. The main reason that Starseeds have incarnated into this current lifetime is to go through the physical life in an attempt to remember who they truly are, and for a spiritual awakening to take place as they move through the process of learning new lessons.