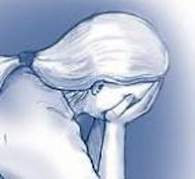 The energies of Rape Trauma Syndrome Flush are capable of helping not only rape survivors; this system is also recommended for healers, friends and family of rape survivors as a tool to provide energetic support to be implemented as an aid in addition to your loving support.

Sexual assault is any unwanted, coerced, or involuntary sexual contact such as unsolicited or forced touching, fondling or intercourse, including intercourse with someone who is not able to give consent or can be committed by use of threats. Sexual assault can happen to women or men. Rape is not about sexual desire or unwanted sex; rather rape and sexual assault is about control and power. You should know that if you were raped or sexually assaulted it was not your fault.

Each person responds to trauma differently. Many survivors of rape and sexual assault have symptoms but not all survivors react in identical ways. Therefore, if someone doesn’t display symptoms it does not mean that they were not raped or sexually assaulted, and should not be treated in the same way as someone who does display outward symptoms. Rape leaves negative effects on those who survive it because not only is it a personal violation but because it is typically life threatening. Those who experience rape often have post-traumatic repercussions.

Prerequisite: You must be a Reiki Master to pass this attunement to others.