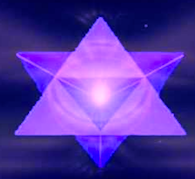 Initiation to high-energy in the frequency of 999

Lentos was a time of herald and many of us were heralds. To understand this one must go back to the main time periods. Lentos was a very special time period because there was a time in Atlantis when it was not sure if the planet Earth could receive God’s breath after too many had turned to the dark side. When Atlantis sank, the people began to pray to the great lights. They prayed the prayer of love, because they were aware that God answers prayers.

It was decided that God continued to breath but something had to happen that was unique to the planet Earth to make it possible. The planet needed a certain amount of energy to continue existing at all. Sine the entire first universe, planet Earth was a grand experiment and thus a great game, certain circumstances were met so that it continued to exist. A special unique energy needed to be created for this to happen. What happened was that from God himself from the Divine Thought Field, a seed was born called JESUS. In Lentos preparations were made and the prophet and messenger God had to announce that the Son of God on planet Earth was born. The golden-blue frequency was described as the Star of Bethlehem. In reality it was the Prosonodo light.

This is a deep initiation to high-energy! It requires a high level of awareness and the incorporation of 999 energy of awakening your light body. The Prosonodo light is pure divine energy and power. It leads you into a deep realization of who you are in reality, flowing into your Merkaba and you a large expansion. All your body will be flooded with divine light, with the pure power of God. BE One – connected with All That, and the Recognizing of what your mission is here on Gaia: to complete the work of Jesus Christ.

During your attunement, Melek Metatron balances your female and male energy does all that is necessary during your initiation to the Prosonodo Light. A massive expansion takes place as Pure Divine Energy flows through all of your cells as is suitable for you. You will recognize your divinity – it is ONE with ALL.