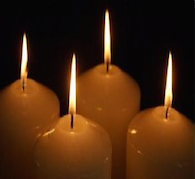 The Etheric Temple of the Four Goddesses came into energetic manifestation through dreams and visions. It is a sold golden pyramid shape. The sacred space in its interior is filled with fine crystals and there are quartz beds where healing and transmutation take place. The four Goddesses stand at the cardinal points and also represent the four seasons of the planet and the four Elements.

Sekhmet: Is an Egyptian Goddess whose name is often translated as the Powerful One. She represents the fire of enlightenment that redeems and liberates the souls of the dead. She is depicted as a Lion Headed Goddess and often carries an Ankh of Life.

Durga: Goddess Durga or Devi, is the supreme Goddess of the Divine aspect of God. Goddess Durga represents the power of the Creator that preserves moral order and righteousness. She carries powerful weapons but is also loving and benevolent. She destroys negative qualities in our lives and moves stagnant energies. She is the ultimate feminist and helps both men and women manifest their unique missions in life.

Kali: Is a Hindu Goddess associated with empowerment and is the Goddess of Time and Change. She is often presented as dark and violent, bringing death of the ego to liberate us. Kali is a compassionate Divine Mother with very loving and sweet energy who is a great protector.

The Etheric Temple of the Four Goddesses Activation bring you honesty, integrity, Divine strength and power, and connect you to pure knowledge, understanding and enlightenment. This system enables you to be a guardian of the strength, perfect balance and power of the Divine Feminine.

You will be attuned to a symbol to connect you to all of the energies of the Four Goddesses.