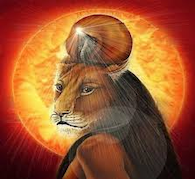 The Sekhmet Empowerment is a unique energetic attunement created by the Goddess Sekhmet in order to trigger ongoing activations and initiations within your energy fields. Receiving this attunement can be viewed as a specific activation event that launches you along an accelerated energetic process!

Receiving the Sekhmet Empowerment creates a relationship between Sekhmet and all levels of your being in all times and all places. An empowering long-term connection is established between you and Sekhmet, along with your Soul, Oversoul and Higher Self levels. This connection is maintained long after the event of receiving this empowerment. It provides ongoing support to all levels for raising your vibration and preparing you for personal ascension.

In ancient Egypt Sekhmet was one of the oldest deities, thought to have originally worshipped as the Goddess of War.   Her name is basically an adjective that describes her, indicating “power” or “might”. Other names for her are She Who Is Powerful, She Before Whom Evil Trembles, She Who Was Before The First Time and Mistress of Slaughter.

Sekhmet was believed to protect the pharaoh in battle, stalking the land and destroying his enemies with arrows of fire, gaining her the title Lady Of Flame. However, for her friends she could avert plague and cure disease. She was the patron of healers and physicians, and her priests became known as skilled doctors.

Sekhmet is depicted as a lion-headed woman, sometimes with the addition of a sun disc on her head. She is shown holding the Ankh of life sometimes, and at other times holding a scepter made of a papyrus or lotus stalk.

The Sekhmet Empowerment stimulates clearing, healing, activation and manifestation. It is designed to accelerate the progression, and as you clear and healing greater levels of activations are possible. These activations can be in the form of small quantum changes in your energy structure in order to increase your capacity to handle more Light, bringing forward your gifts and talents, as well as other transformations.   The activations may occur as major initiatory steps that can dramatically shift your energy structure.

Through the receiving The Sekhmet Empowerment  you can move closer and closer to Source – the Divine that resides within each of us, moving you closer to enlightenment.

The Sekhmet Empowerment is meant to be given only to those who plan to study Sacred Sekhem, so please be sure purchase and to work with this attunement first and then follow with Sacred Sekhem.  Refer to my listing for Sacred Sekhem for details about purchase.